I'm so excited to announce the release of Revenge Is Sweet: A Collection of Halloween Tales of Revenge, which includes my  own story, Hungry Heart.

It's the most wonderful time of the year...for revenge.

Halloween is a time for tricks, mayhem and murder. This collection of Halloween tales follows the wronged as they seek retribution for the crimes against them.

By whatever means necessary.

Hungry Heart is a (hopefully) creepy little tale that I pulled out of Oberon's seventh book Visions Before Midnight.  For a sneak peek at the blurb and (individual) cover, click HERE.
And, now, I think it's time for an excerpt...
EXCERPT:  Over the next couple of weeks, I work on my plan every chance I get. I even go so far as to write the steps down, using sparkly, colored ink and a notebook I swiped for just this purpose. It’s a really good notebook, by the way; one of those chunky, bespoke junk journals that are almost too pretty to write in. Most of the pages are blank, but some have mystical designs stamped onto them, or sigils, or inspirational quotes sketched in the margins. There are pockets glued in, seemingly at random, that hold oracle cards, or odd foreign coins, or packets of incense. You can tell that someone spent literally hours handcrafting it. If I’d resold it, unused—which I totally could have done—I’ve been able to eat for about a month on the proceeds But, instead, I’m using it. Every day. So, that tells you how serious I am about this.
It’s Halloween-themed, too, which makes it perfect for the season. It’s all creepy and dark, with a spooky vibe that I was immediately attracted to. It quickly becomes my very favorite possession. There was a handwritten note that came with it that described how to activate its magic. But I don’t believe in that stuff, so I didn’t bother to keep it. I think it was probably intended to be used as a grimoire—something to write spells in, or curses, or shit like that.
But, I figure revenge is kind of like a curse, so it all fits. It’s almost like it was meant to be. Which, oddly enough, is exactly what I thought when I first saw it—that it was meant to be mine; that I was meant to have it; that, together, we would be invincible. Ridiculous, right? But working with it makes me feel powerful.
Anyway, the plan itself is simple enough:
Step one: make friends with Mandy Cavanaugh.
Step two: lure her to the dark side. With cookies? Mmm. Maybe.
Step three: betray her. Or, even better, trick her into betraying herself. Preferably, in the most public, humiliating way possible.
Step four: tell Seth what I did—and why.
I stop writing, at that point, and take a moment to reassess. I’m not altogether certain about that last step. Yes, I want to hurt Seth—that’s the whole point. But do I want him to hate me? Maybe not.
Maybe I should change step three into, Get Mandy into trouble—and then be the hero who saves her?
So, okay, new plan. I cross off step four, re-write step three, then revisit steps one and two. The he first one’ll be easy. That’s a real no-brainer. What freshman wouldn’t be flattered if a senior took an interest in her? The only trick will be to keep Mandy from wondering what I’m after until it’s too late. But that’s where this whole “being a mentor” thing might actually work in my favor. I’m supposed to be getting to know the underclassmen, making friends with them, helping them out, easing their way. I’ll probably earn a shitload of little gold stars for this. Or whatever dumbass award they hand out to their star pupils here.
Kate Greco could become a problem. She’s the girl who was with Mandy in the cafeteria. Apparently the two of them are cousins; and, by all accounts they’re inseparable. Plus, Kate’s father’s a cop. So, she’s probably super suspicious by nature. But I guess I already knew that. Look at how quickly she figured out that Olivia Kline was a problem. Mandy still doesn’t get it. But, then again, Kate’s part of Seth’s family as well. So, probably, getting either girl into trouble would work. And if I can screw with both of them? Bonus!
Posted by PG Forte at 3:39 PM No comments: 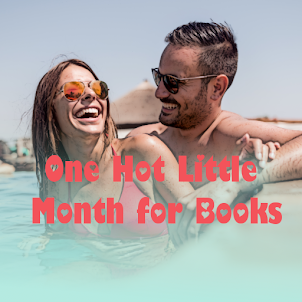